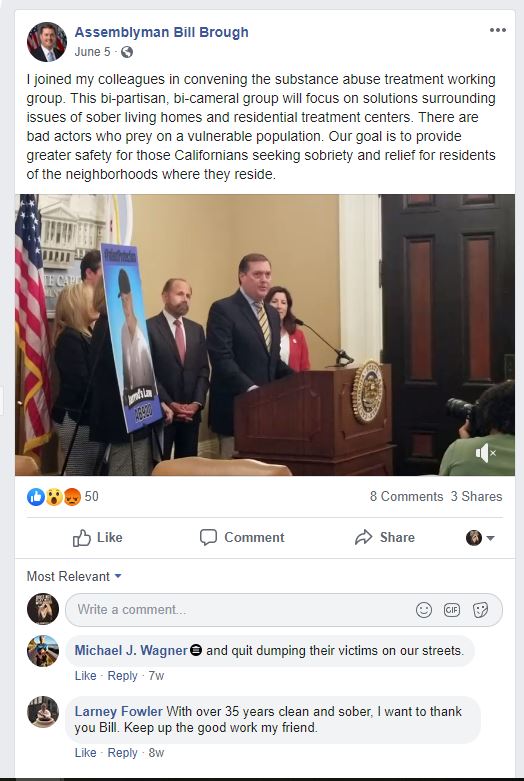 Unless you are living under a rock, you are aware that several women have come forward with verifiable claims of severe misconduct by Assemblyman William “Bill” Brough.

A check of the man’s facebook account shows some seriously sick irony and further evidence of the double-life Bill Brough has been leading.

I was told that Brough was at one point part of the working group on #METOO issues. He was removed from said group after one of his victims contacted other members directly.

Similar to the absurdity of Brough being anywhere near a working group dealing with the rampant sexual misconduct in the State Legislature – here he is on a working group related to alcoholism. On one hand, here’s hoping he is learning a few things… on the other hand, I am wondering he he brought his Bourbon Barrel to the meetings.

Then there is this: 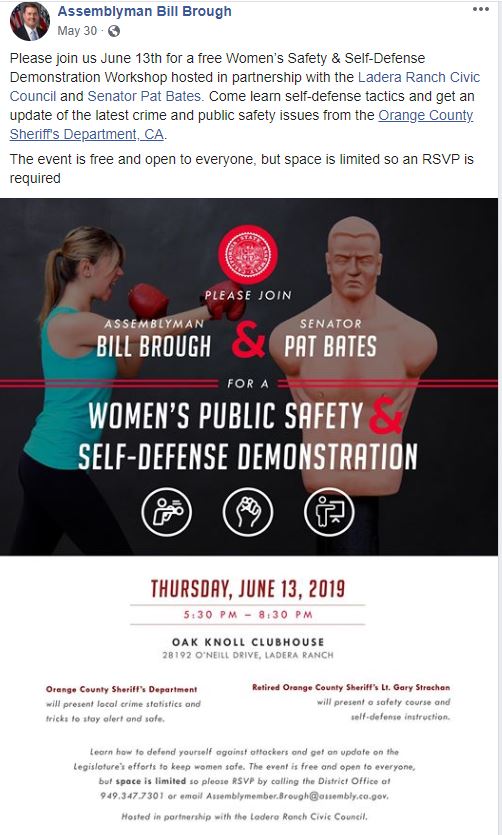 Bill Brough and Senator Pat Bates – one of his enablers – sponsoring an event for Women’s safety. This is not a sick joke folks – this is Bill Brough. It is clear he thought he’d never get caught, and given the behavior of the State Assembly and others that dismissed claims even they admitted had merit I could sure see why Brough began to believe he was invincible.

This is where Right on Daily Comes in. Sooner or later, people like Pat Bates and others in GOP “leadership” that are trying to avoid this issue are going to be forced to act. To be continued…