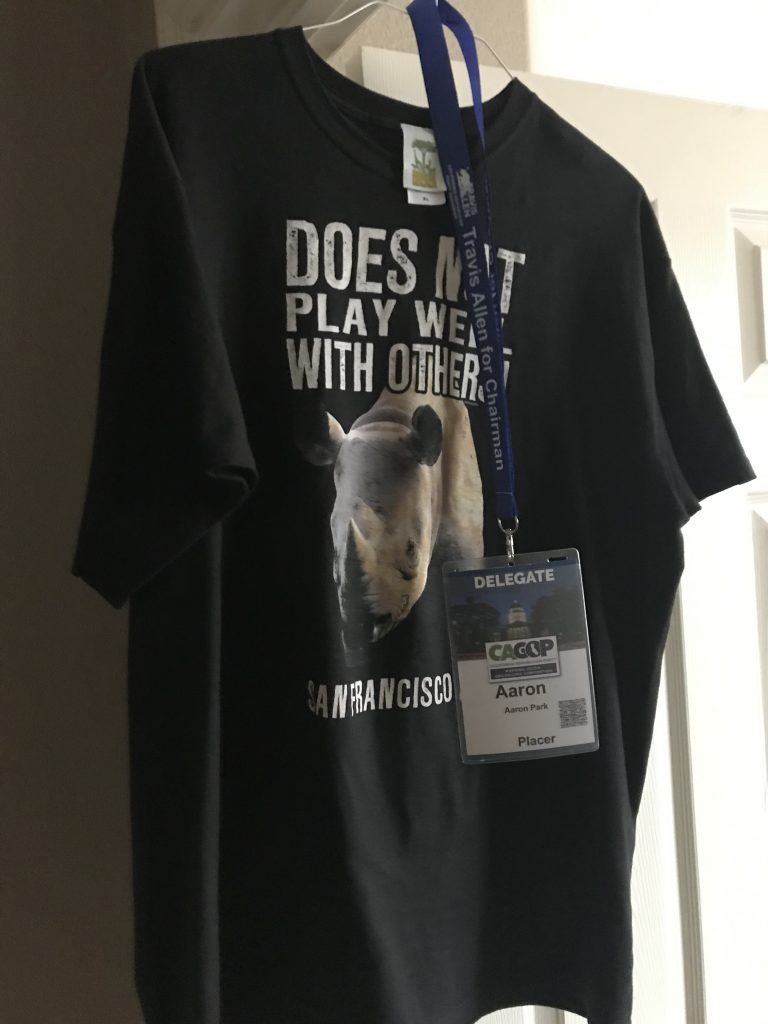 I’ve waited a while to write a follow up blog to what I believe is an impending gutting of the CAGOP Platform. The reason is that several other issues have manifest (Bill Brough being among them).

The existence of such a list means that it is business as usual within the CAGOP.

Third – on the subject of Fundraising, the CAGOP showed a paltry $26K in their Federal Account. The CAGOP appears to have raised about $500k in the last State Reporting Period. The problem is that a proportional amount of money has to come from the Federal Account to Pay expenses. People need to watch the ratio between the two accounts as the Federal Account needs to have about 1/3 of what the State Account has in order for the Party to operate properly. That said, I am not sure how $500k raised in a quarter is sufficient to survive long term.

Fourth – the turnover of staff continues. The cutting off of consultants continues. It is the opinion of this blogger that this is beyond the “planned cutbacks” that were put in place for the transition from Jim Brulte to Jessica Patterson. I’ve been told specific stories of consulting firms losing long-standing contracts/arrangements with the CAGOP. I’ve also been told of others having their retainers slashed. These stories are continuing and are too plentiful to be dismissed as isolated rumors.

Fifth – There are also multiple conflicting stories about the role of David Carney. Carney is the new Assembly/Senate political director. He is being paid (his firm) an alleged $25,000 a month retainer. What is clear is that the grassroots / Trump people believe that Carney was brought in by the Trump national team to deal with all the Trump-Haters within the highest ranks of the CAGOP. I agree with that opinion and do not agree with the cover story.

Sixth – there is a persistent rumor that Jessica Patterson (speaking of alleged #Nevertrumpers) is looking to replace the remaining existing staff with her own people. This would be consistent with the 1990’s era culture of control everything at all levels style of political consulting. One particular rumor centers around Andy Garakhani. (another Nevertrumper)

Seventh – the #nevertrumper consultants are still actively at work with their plan to shred the CAGOP Platform as their stubborn arrogance will not allow them to admit that Trump is the biggest asset, not liability the GOP has in 2020. They are attempting to sandbag and sew confusion by submitting several competing draft platforms in order to try and rule by division.

Eighth – Kevin Faulconer, the top #Nevertrumper in California was appointed by Jessica Patterson to be Chairman of Cal-Plan. This means that the highest ranking critic of President Trump in California is now in charge of fundraising for the CAGOP. Is anyone wondering why David Carney and others have been brought in from out of state to run races and mind the store?

Ninth – there has been a concerted effort to throttle information coming out of the insides of the CAGOP. This has had the effect of enhancing the accuracy of what does leak of out the insides.

Tenth – As it relates to the Bill Brough and Duncan Hunter Scandals, the CAGOP Leadership have deferred to local parties. Since Fred Whitaker is weak and can’t see past Bill Brough’s donations to the OCGOP (again my read on the situation), Whitaker is running interference for the Scandal-Riddled Bill Brough. Brough, for his part is on an ego-fueled rampage to “fight” the allegations against him. Duncan Hunter, inexplicably is attempting to run for re-election despite a federal indictment for using his campaign money to sustain his double-life. As Right On Daily rolls on, we will go in to greater detail about AD73 Assemblyman Bill Brough’s double-life.

On one hand, I understand Jessica Patterson’s desire to see bottom-up leadership in allowing the local parties to deal with problems. However, partisan political office is a step above a local party and the State Party is failing by not engaging more. BTW – I’ve been told that the Riverside GOP has already called on Duncan Hunter to Resign. Not sure where the SDGOP is on that yet.

Despite my criticisms of the CAGOP leadership, I want them to succeed. However, what I am seeing suggests that they prefer to execute the 1990’s style political consultant plan of shrinking organizations in order to make them easier to control.

In a future post, we are going to start looking at what the leadership of the CAGOP have been and have not been doing since the 2019 election. It is not pretty and you will see my rationale for the conclusions I have been drawing. The good news? All of this is fixable with effective leadership.