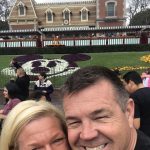 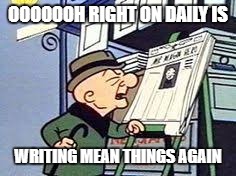 When you have an Assistant Sheriff and a Chief Deputy whining on facebook, you know you are living RENT FREE in their heads!

Apparently Kevin Vest and Ray Wood need a nice soothing ointment for their nether regions that have been burnt rightondaily style. They both took to facebook in a coordinated attack to attempt a re-write of history.

So, let’s recap actual history shall we?

Kevin Vest is an Assistant Sheriff. This is only two steps away from the Sheriff himself. You’d think a tough guy like that would not care about some blogger from Roseville California. Apparently, however Vest must be some sort of political hire because no true law enforcement official would have such a glass jaw.

Ray Wood decided to interrupt a visit to the magic kingdom to remind people that he too is experiencing a sense of loss.

We are proud to be living in the heads of the second floor gulag. (The executive offices where all of Stan Sniff’s men are, on the second floor of the police headquarters above the spray paint) 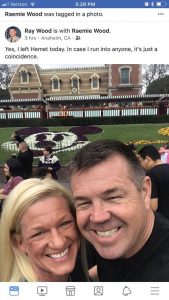 It actually is not a bad picture of Wood and his wife. But, they stopped to memorialize their trip because they were thinking about righondaily! We love our fans!

Perhaps Wood should call Ali Mazarei for instructions on how to write political attack. #STINCKY

And then there is the case of Assistant Sheriff Kevin Vest, perhaps he’d like me to join him for dinner at some point?

It is clear that these two seasoned law enforcement professionals have never dealt with a blogger before or perhaps they have guilty consciences for attempting to bully people at a recent Chad Bianco event?

For those of you that may have missed my prior post about these two luminaries at a Chad Bianco event, let me recap as so much has happened in the ensuing days!

On 1/29/2018 we broke the news that must be causing these guys maalox moments – the RSA wrote Chad Bianco another $300K check for his Sheriff’s Race. This is a subject that has Ali Mazarei in a complete tailspin. Mazarei should really settle down, he might have a heart attack. (BTW – Eggplant is a heart healthy food, Mr. Mazarei may want to try some.)

Also included in that installment of Riverside Confidential was this:

On Sunday 1/28/2018 in the mid afternoon, Chad Bianco had an event at Romano’s in the City of Riverside in the Canyon Crest Neighborhood.

It gets better, they both live in the Woodcrest neighborhood of Riverside. If you look on a map, Woodcrest is 25 Minutes away from Canyon Crest. Worse, there is a second location of Romano’s that Mr. Wood and Mr. Vest (with their wives in the car) would have had to pass in order to get to the location they went to. (UPDATE: We are now being told they may live even further away in Hemet – a 45 minute drive, with the Romano’s in Woodcrest still 20 minutes closer to Hemet than the one they went to)

This is a long-winded way of saying their choice of location for dinner was not an accident. Secondly, how many of you eat dinner at 2:30? Not very often, do you?

Pictured behind the middle-aged woman in the foreground is a young woman with a hat on offering Chad Bianco campaign swag to the aforementioned foursome, note that the restaurant is empty (except for the 50ish people that came to participate in supporting Chad Bianco in an adjacent room).

This activity should not surprise you as Captain Gregory Fellows was dispatched to monitor the Bianco event the previous week in Mead Valley. More of the same will continue, and perhaps the scrutiny will make the rats scurry back down their holes. These people know that their fealty to Sheriff Sniff has been a requirement of them keeping their high-six-figure salaries and benefits.

Your tax dollars helped pay for these guys to drive across town to monitor a Chad Bianco event. Now they are whining because they got caught on camera and torched for it. This is notice to any and all who do Stan Sniff’s bidding, rightondaily is watching you.