Those of you that read Right On Daily frequently remember our epic take down of the Corrupt Sheriff of Riverside County – Stan Sniff.

During the course of said mission I interacted with a TON of Sheriff Deputies and employees. 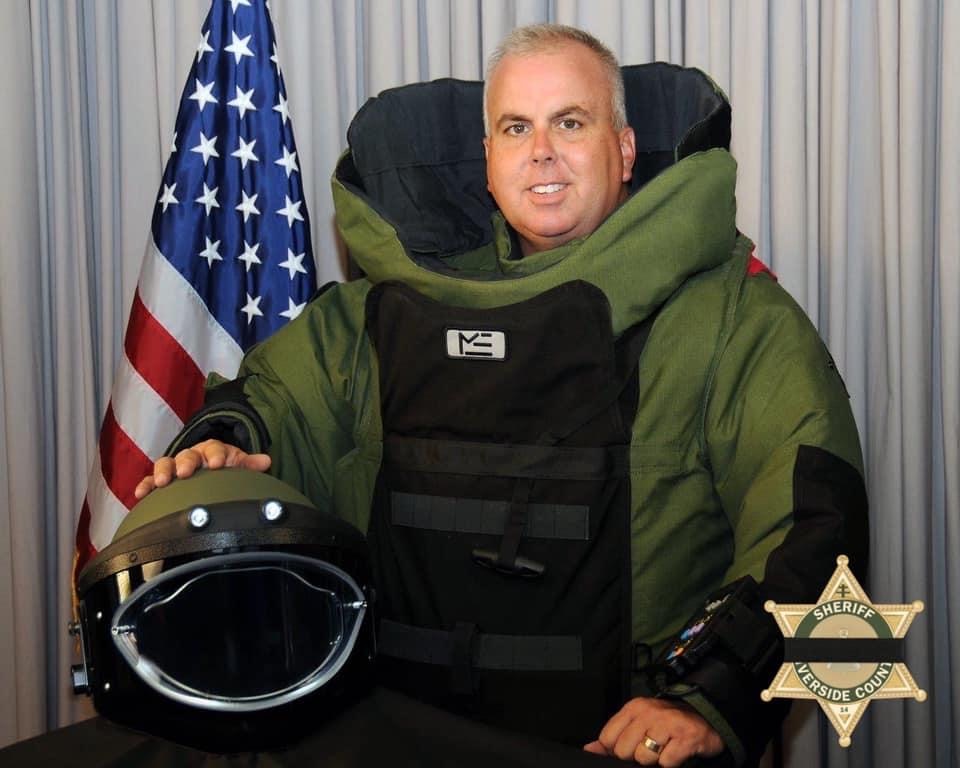 In Memory of Riverside Deputy Dave Werskman who passed away this morning 4-3-2020 at age 49. (Note, your intrepid blogger is also 49)

In the course of talking to the law enforcement employees I was invariably treated to the talking points about pay and benefits and how they deserved more. As a political operative, I am pretty much numb to standard arguments from any group of people.

Something happened to my paradigm. Almost everyone I talked to in Law Enforcement in Riverside County had a partner or co-worker die young. (Think less than age 60) There was no way that many people were getting murdered by criminals in the line of duty. Still other perfectly young and healthy deputies were suffering career ending injuries (which I literally witnessed in real time while engaged in the heat of political battle).

One of the most evil things former Governor Gray Davis did (speaking of corrupt) was opened the door to pretty much EVERY State / Public Employee getting a 2.5ish% at 50 pension. He did it to get desperately needed campaign cash (something like $5 Million as it was pre prop 34 rules) to try and save himself politically. It was combined with a 34% pay raise to the CCPOA’s members as well. Almost every local government felt pressure to give out massive pensions to every level of government employee as a result of what Davis did.

I remember this as 2003 was a pivotal year for Republicans in California. We were signing our death warrant politically as we were electing a comic book character governor.

The sinister disservice to Law Enforcement was complete. Gray Davis had just decimated their argument for why their benefits were so rich. Today, in the pension reform environment – all government employees believe they are entitled to the same rich benefits that Public Safety Are.

However, a pencil pusher that fines businesses for breathing or who seeks to sue religious conservatives in the name of LGBT rights does not have the same mortality or morbidity as a cop. They should have never been able to retire at Age 50 with 3%xYears of service. The abuses are rampant with retired 50-something government leeches getting another job while drawing 6 figure pensions.

This does not happen with Cops and Fire Fighters. When they retire at age 52-53 with a 90% pension, their body is shot and their health is shot. Now that I am looking in to the Placer DA’s office drama, I am seeing that the same dynamic is in play in Placer. I know this is not isolated to Riverside.

Given that bureaucrats tend to live normal lives (age 75-80), paying them 70-90% of their salary for life is unsustainable. This is why there are labor union strikes, lawsuits, recalls, million dollar city council elections and the like. Non Public Safety unions want to keep their gravy train running despite the truth. I support eliminating pensions completely (for non public safety public employee unions) as the taxpayers should not be assuming all the risk of funding the retirement of millions. As an intermediate step I support 2.0%-2.5% at age 60/62 in order to keep governments from collapsing financially. It is time for a matched 401K plan to replace most of the retirement plan benefits for non-public safety public employees. It is absurd to make the taxpayers guarantee market returns for millions of people whose careers are made out of fining businesses, threatening people and regulating the public in to the poor house. It is an injustice to millions that Government Jobs are far more lucrative than private sector jobs on the whole.

However, I have no such issue with giving away pensions and rich medical benefits to the Public Safety Unions – especially when cutting other government union benefits could offset the cost of maintaining high levels for Public Safety. You’d have to be without any emotion whatsoever to see people in their late 30’s permanently disabled due to arresting some slimebag (and getting assaulted in the process) or a 45 year old firefighter with the lungs of a 75 year old smoker – dozens of times over – and not say they deserve something extra. Before some of you make the idiotic argument that they signed up to be police and fire of their own free will, remember that without police and fire you do not have a society. (Just like without borders and a military you have no nation) Due to the necessity of their occupation, it is not like a Roofer or and Air-Hammer operator that can switch trades in their Mid-30’s when their body can’t take the pounding anymore.

Dave Werksman is the third source of information I had in the 2018 election that has died before his 54th Birthday. Two other people I communicated with regularly, one Mid 30’s and the other Mid 40’s got injured while I was working on ousting Stan Sniff and are both now permanently disabled. That means 5 people I relied on from Oct 2017 through Nov 2018 are dead or disabled. In fact, one of the disabled was injured on my 47th Birthday in 2018.

I will be forever grateful to Dave Werksman as he provided me with a slew of information on the Bomb Squad which led to several discoveries of dirty promotions, retaliation, cronyism and corruption unrelated to the bomb squad. I have been able to find out that Werksman was indeed in below average health when he contracted the ChinaVirus in the SouthWest command of the Sheriff’s Department. Sadly, Werksman was to have retired when he turned 50.

I do not believe it is inauthentic as a conservative to understand that public safety comes at a cost. It is a cost I am willing to pay now that I have seen firsthand what the price is for people that commit their lives to it. RIP Mr. Werksman.

8 Responses to “A Blogger’s Personal Comentary: Why I Have Changed My Position on Public Safety Pensions and Benefits”