I tuned into the California State Senate confirmation hearings for Senator Abel Maldonado this afternoon at about 1:30pm and watched until about 4:15 when they concluded. Senator Maldonado was appointed by the Governor to fill the vacant Lt Governors position. The following are a few of my observations about the proceedings this afternoon:

The hearing is took place in the senate rules committee where Senate Pro-Tem Darrell Steinberg opened by saying Senator Maldonado’s review should be “thoughtful” & “dispassionate.”

When it was rules committee member Senator Sam Aanestad’s turn to make an opening statement, he reminded the committee that he is also a candidate for Lt Governor and that he would recuse himself from voting or making any further comment regarding the Maldonado nomination.

After the other members of the rules committee spoke, it was time for Maldonado’s opening statement. Senator Maldonado actually welled up in tiers during his opening remarks, talking about his family and his humble beginnings as the son of farm worker. Maldonado made it clear that he would oppose offshore oil drilling and that: “Every day I make myself a promise to do everything I can to bring those (oil drilling) platforms down.”

Senator Maldonado stated that the three main qualities that guide him as a politician are: “I am open minded, pragmatic, and reasonable.” What a statement like this usually means from a politician is:  I don’t really have a core set of principals and I will do whatever is most convenient or expedient at the time I have to make a decision about how to vote.

Contractors got no relief from the good Senator, when he was asked about a proposal to force withholding from payments to independent contractors, he said he’s leaving door open to the Democrat call for a 3% independent contractor withholding, but says it’s a “temporary” fix. He did say that he does think it is not a good idea to lower the vote threshold to simple majority. He thinks that 2/3 threshold makes legislators have to “come together”

After many speakers in favor of Maldonado’s nomination and a few opposed, each member of the committee made statements with the exception of Senator Aanestad.  Senator Cedillo voted yes to move the nomination to the full Senate and said: “This is not a political vote. This is a vote in the interest of comity.”  Senator Dutton voted yes and joked: I ‘flipped a coin’ about whether or not to support Maldonado.  Senator Oropeza voted yes. Then Senator Steinberg votes yes and says:” My vote today is not a political endorsement It is…an acknowledgement of the fact that you crossed over…to avoid…deeper cuts.” In other words: Thanks for helping us raise taxes and screw the taxpayers of California! The fun and games in the confirmation battle for Senator Abel Maldonado to be the next Lt Governor have just begun.  Stay tuned.

As expected, Abel Maldonado’s All-Star team is starting to form. Senator En-Abel (as in enable State Government to expand), soon to be Lt. Gov EnAbel – because his colleagues want to get rid of him – received a late contribution from a rock-solid Democrat Major Donor…

All are liberals, only EnAbel forgot to register Democrat like the rest of them…

For a more complete list of Mr. Fox’ loyal service to the Democrat Party – click here. It seems the donors know who the Democrat in the race is!

www.rightondaily.com – exposing fraud in the Republican Party. (Even though Abel Maldonado makes it easy)

The Irony is that Mark Pruner is the Chairman of the Yolo GOP and is one of the loudest critics of the Placer County Republican Party Endorsement Process.

(To be honest – I had to look at his website to even know what Wally Herger looks like, but I digress. – I am sure those on the Yolo Cent Com feel the same way…)

This blogger received a copy of an email from Mr. Pruner indicating the same sections of the CRP By-Laws with the same vacuous wording as the reason why the Yolo Cent Com needs to reconsider…

Reconsider? Abel Maldonado is in between a rock and a hard place.

First off – his campaign Chairman (Patrick Dorinson – a lifelong Democrat until he latched on to Arnold) attacked the Placer County Republican Central Committee… begging us to endorse Senator Sam, but now Abel has to get confirmed to be Arnold’s (um.) Lt. Gov.

With Sam Blakeslee resigning his post as assembly leader – to run for Maldo’s Senate Seat (that he’d have to vacate if confirmed) – it looks as if the fix is in.

Look at it this way: The Dems don’t trust him – so they will confirm him and then roast him in his attempt to get re-elected.

The Dems also feel that they have a better shot to re-claim the Senate Seat Maldo occupies (it is majority Dem) with him out of the way.

I predict that only Blakeslee, Anthony Adams and a few others on the Rep side vote to confirm… so we’ll be able to safely say that he is the choice of the dems.

Maldo. He could have kept his Senate Seat – now he’ll end up with nothing… and the Dems will be happy and so will the Republicans.

Damon Dunn for Secretary of State

The vote was 21-2 with only a procedural objection from one member and Roger Niello through his Ex-Officio objecting to Central Committees endorsing period.

The Press Releases will be going out today!

In a side note – the Placer County Republican Central Committee meeting was heavily attended by members of the local Tea Party Movement. 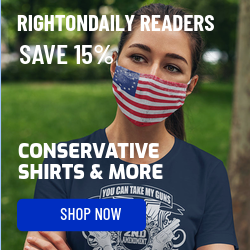