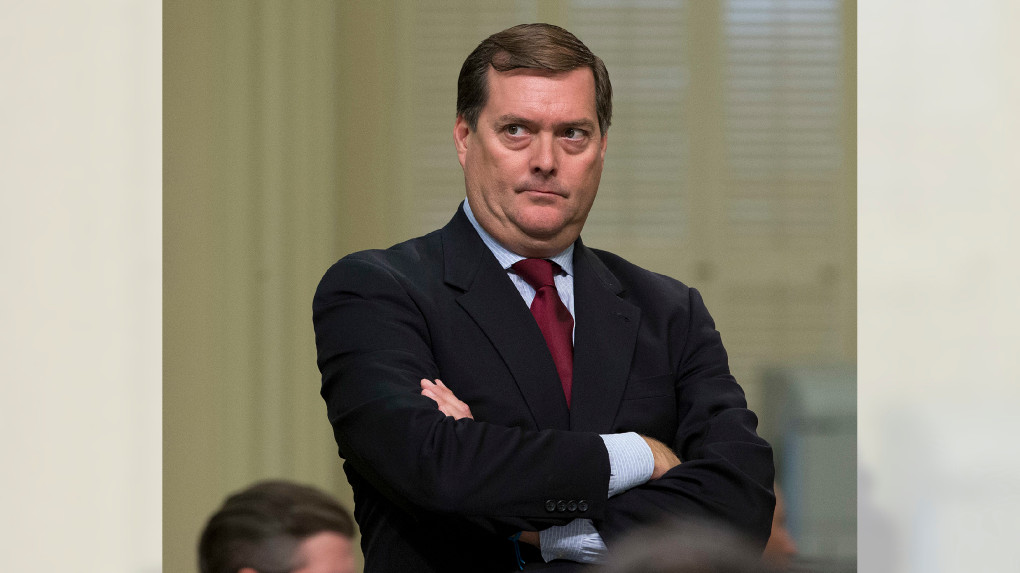 In this Monday, Aug. 15, 2016, photo is Assemblyman Bill Brough, R-Dana Point, at the Capitol in Sacramento, Calif. (AP Photo/Rich Pedroncelli)

Please further note: I originally wrote this post on Sunday, 8-25-2019 for live display at 6AM 8-29-2019. In the interim, the Orange County Register blistered William “Bill” Brough related to his campaign finance maladies in ever greater detail. The OC Register article went live at about 7PM 8-28-2019. They mentioned several specific incidents that your intrepid blogger had not noticed or covered. I will catch up on those later. Suffice to say, the Register article adds a critical detail – Bill Brough has been in trouble with the FPPC before. This means similar to his lie about never having had a complaint against him for his sexual misconduct, he also lied about never having had a complaint about his campaign finance. Not only did he get notified of my complaint in Mid July of 2019, he was audited and indeed warned by the FPPC about other incidents in the years prior to 2019. Make sure you read the OC Register Story Carefully as a follow up post coming to Right On Daily next week will insert the new facts as relayed by the OC register in to the timeline of Brough’s fiscal malfeasance. https://www.ocregister.com/2019/08/28/assemblyman-bill-broughs-campaign-expenses-raise-questions/

ON July 26, 2019, the FPPC emailed me a letter indicating they needed more time to look at the complaint I uploaded to them related to Bill Brough.

Your Intrepid Blogger filed a complaint with the FPPC on or about July 16th of 2019. A Copy of the word document I prepared is linked here. Note, I deleted my address from the version posted. I filed the complaint using my name and contact info because I am not an anonymous coward. I intended to back up my claims with action, unlike anonymous Facebook pages or threats against local electeds which are all too common in the body politic.

On August 20, 2019, the FPPC emailed me a letter indicating that they determined there was enough merit to the 200 page complaint I filed in order to investigate. UPDATE: IN light of the OC Register Article which cited public records they obtained through public records requests – they may need to update their article to reflect the ACTIVE FPPC Investigation in to Brough’s campaign finances. Note the Case number on the letter: FPPC CASE # 2019-00963

This is double-trouble for Bill Brough, he is his own treasurer. Also note that he has hired an attorney (Ashlee Titus) to represent him in this complaint. Ashlee is also a partner in the most noteworthy law firm that represents GOP members of the legislature.

It is pretty dumb to hire a $400 an hour Attorney and then bully women while telling the public “if any of these people had anything they’d sue me”. Brough denied the existence of a sexual misconduct claim or investigation (while knowing one existed). He has also been having surrogates challenge the voracity of this blog – even though he was served a copy of my fppc complaint within 72 hours of my filing it. This means Bill Brough has had the campaign finance complaint for over a month. Now you can get your own copy off of this blog.

The following is an excerpt from the complaint I filed:

The above is as of 12-31-2018, and the talking points from the Brough camp have been, “These are all accusations, if the accusers had anything they would sue…” Mr. Brough knew that I had filed a legitimate complaint against him for the last 5 weeks all while claiming the allegations were baseless political attacks. If he lied about the existence of Assembly Rules Complaints, FPPC Warnings, FPPC Audits and Campaign Finance Complaints – what else is he lying about?

BTW – Consider yourself “sued”. (You’ve been paying an attorney since at least 7-29) Forget retiring, it is time to resign.

(Note, the Complaint consisted of 5 word documents. The other 4 have not been posted yet – but were extensive lists of Brough’s expenses)